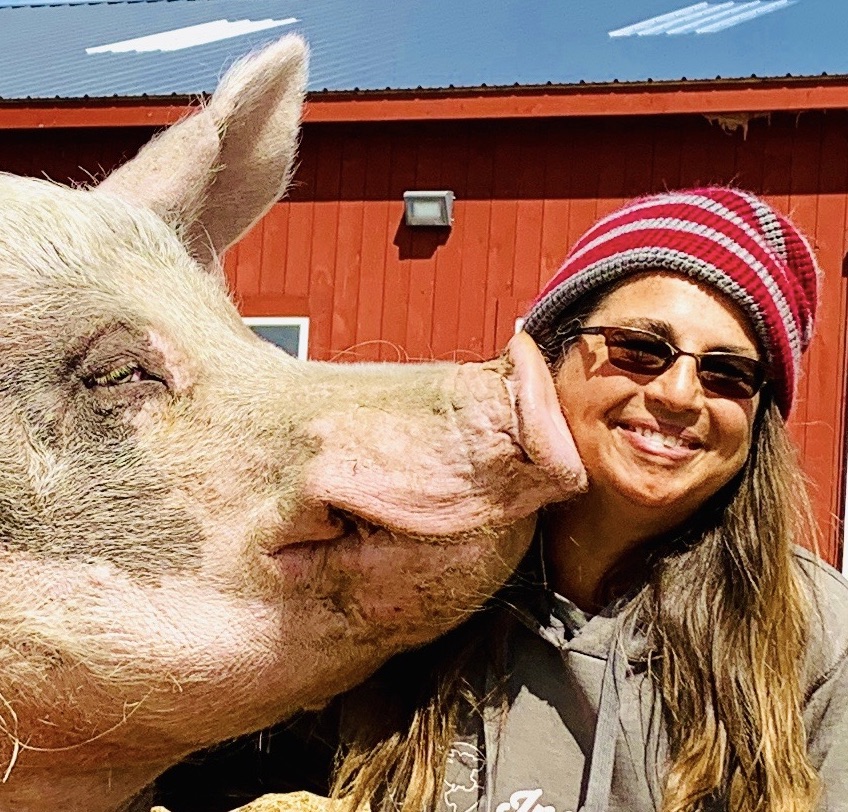 Indra Lahiri, PhD was called "a storyteller, dreamer, and friend of the animals," by the Anishinaabe Medicine Man who adopted her into the tribe of the White Earth Nation, naming her "Ishkudeikwe" (Woman of the Fire). She has rescued thousands of animals from dire circumstances around the world. She tells their stories in her writing and speaking, and lives amongst them between her travels. In the course of her decades of learning from the animals, Indra founded Indraloka Animal Sanctuary (2005) and since 2014 has volunteered her time as a consultant, helping other sanctuaries to succeed. In addition, she has taught, mentored, coached and keynote addressed tens of thousands of people on a range of topics that are always, at their core, based on ethical leadership and compassion for all. Indra has spoken at the Animal Rights National Conference and International Animal Rights Conference annually for the past several years. Her award-winning blog, which chronicles sacred moments with rescued animals, is followed by tens of thousands of readers on every continent. Indra is grateful have the opportunity to dedicate her life to helping traumatized animals rediscover joy, love, and trust.

Before devoting herself full-time to animal rescue, as the founder of Global Inclusion Strategies Indra provided expert coaching and consulting on communicating across differences. She is the author of an academic book chapter, a critically acclaimed manager`s guidebook, several research reports, and numerous articles on cultural competence and leadership.

The sanctuary is not named after Indra, but rather she is named after the Hindu God Indra who created Indraloka (Sanskrit name for the heaven for the Gods).

presentation:
The power in your story