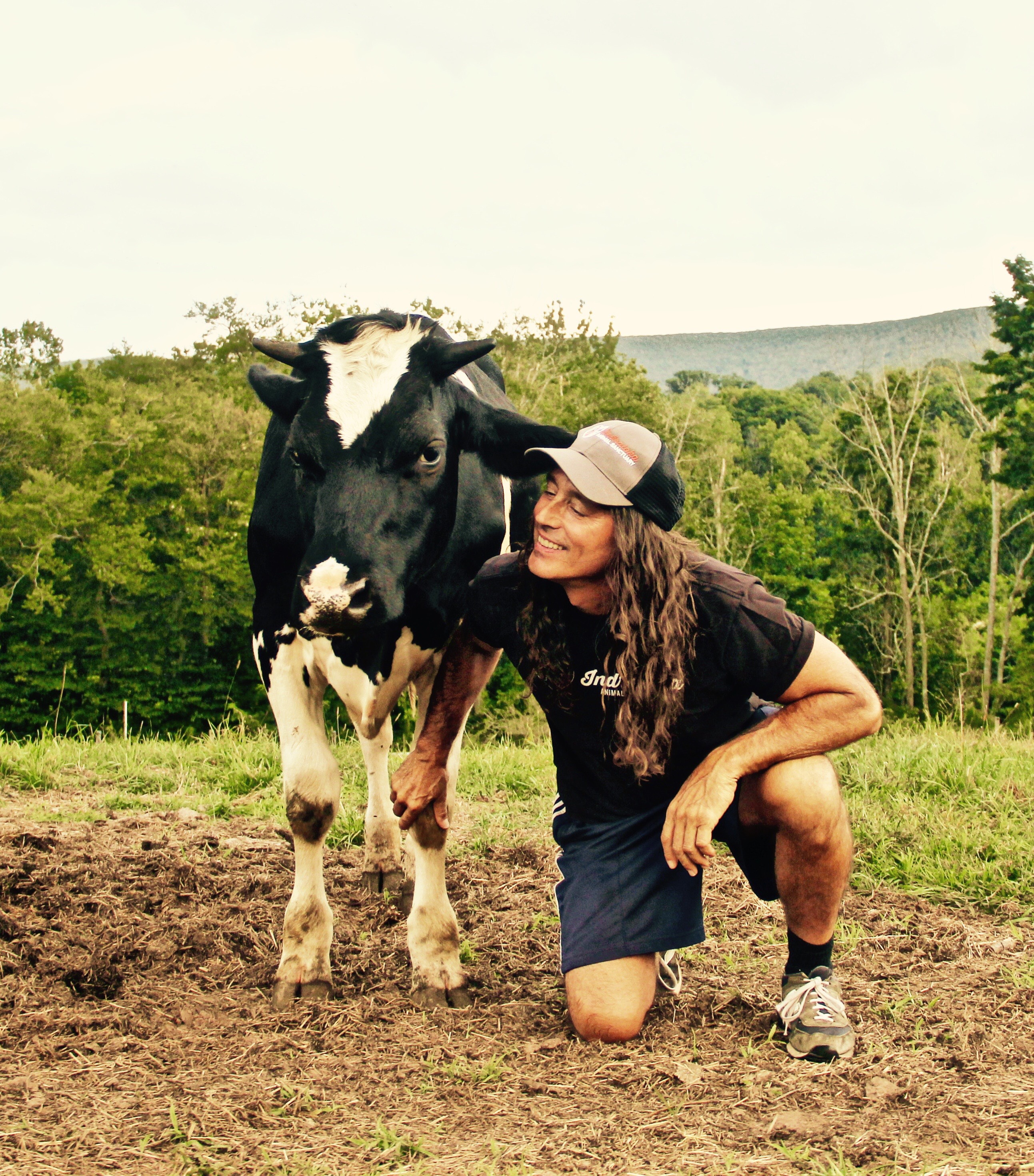 Johnny is a documentary filmmaker, environmentalist, yogi, and creative director of Indraloka Animal Sanctuary. He began his filmmaking career in 1996 working as a camera operator with Clint Eastwood on "The Monterey Jazz Festival: 40 Legendary Years." In early 2016, he completed "Truckin`; the Story of Eddie Traffic", an uplifting glimpse into the unique bliss experienced by a pig named Eddie, who was rescued just hours from slaughter. Other recent films include "Play it Again," a film about a legendary basketball tournament, and "Peace, Love & Animals," a documentary film that has been called "a lyrical message of hope" that premiered to rave reviews in Scranton and at the International Animal Rights Conference 2013 in Luxembourg. Additionally, he has produced several short animal rescue films that have garnered a worldwide audience, and has also directed a number of episodes of "Yoga Journeys," a children`s program on PBS TV station WVIA.

Johnny holds a deep reverence for the earth. His years of experience designing and installing alternative energy systems for homes and businesses culminated in touring twice with Bonnie Raitt as her environmental spokesperson.

As Indraloka`s creative director, Johnny brings these gifts together, creating film and still portraits that reveal his reverence for all life and the earth herself, telling the story of Indraloka`s many rescues through his art. Braz is a teacher at heart. All of his work, whether it be mucking stalls, filming a rescue, feeding a once-traumatized chicken by hand, or teaching others how to meditate, is mindful, kind, and filled with lessons through example. Johnny is honored to put his skills to work raising awareness about animal sentience worldwide.

presentation:
Sanctuary Yoga: Giving animals a good death & how we learn about ourselves