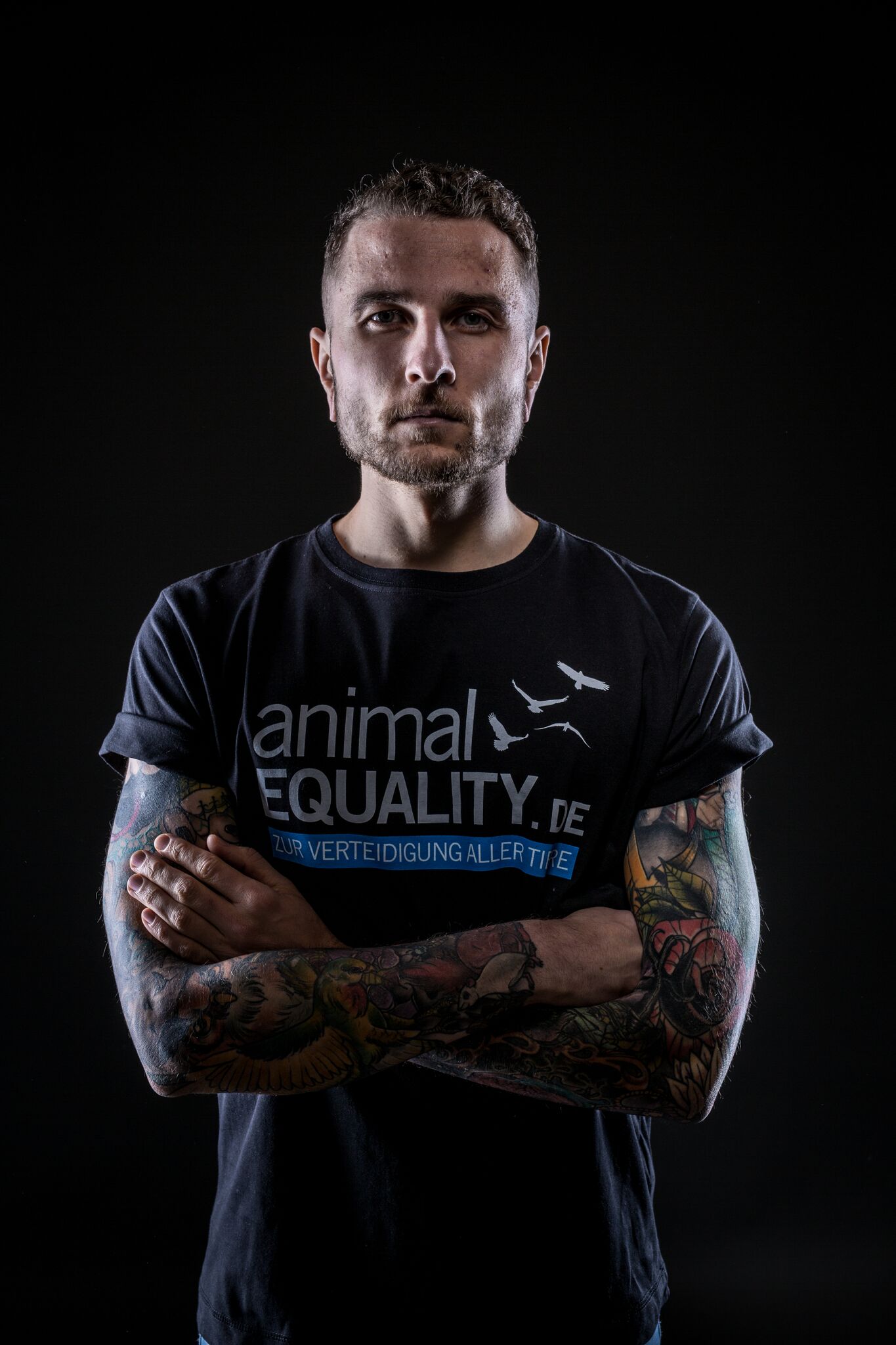 The Bochum, Germany based Dennis Michaelis is a 27 year-old vegan animal rights activist, who is specialized in public speaking to vegan and non-vegan audiences alike. He holds a masters degree in electrical engineering and currently pursues his Ph.D. in the same field. Using his passion for scientific research, he accumulated his knowledge on animal right issues by investigating numerous studies on the topic.

Dennis has given several speeches all over Germany and especially enjoys talking at schools, if given the possibility. He is an outspoken supporter of the animal rights organization Animal Equality, actively supporting them not only via donations, but also helping with translations and organizing iAnimal-events, where slaughterhouse footage is shown via a virtual reality headset.

Dennis also organizes and conducts the "Cube of Truth"-demos in the Ruhr area (Western Germany), which have come with great success and effectiveness. He has encouraged several people to transition to a vegan lifestyle and convinced many vegans to get involved into activism.