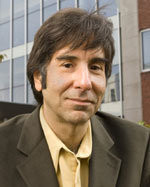 Professor Francione is Board of Governors Professor, Distinguished Professor of Law and Nicholas deB. Katzenbach Scholar of Law and Philosophy at Rutgers University in New Jersey. He has been teaching animal rights theory and the law for more than 25 years. He has lectured on the topic throughout the United States, Canada, and Europe, and has been a guest on numerous radio and television shows. He is well known throughout the animal protection movement for his criticism of animal welfare regulation and the property status of nonhuman animals, and for his abolitionist theory of animal rights.

He is the author of numerous books and articles on animal rights theory and animals and the law. His most recent book, co-authored with Anna Charlton, is Eat Like You Care: An Examination of the Morality of Eating Animals. His other books include: The Animal Rights Debate: Abolition or Regulation? (with Robert Garner); Animals as Persons: Essays on the Abolition of Animal Exploitation (2008); Introduction to Animal Rights: Your Child or the Dog? (2000); Animals, Property, and the Law (1995); Rain Without Thunder: The Ideology of the Animal Rights Movement (1996); and Vivisection and Dissection in the Classroom: A Guide to Conscientious Objection (with Anna Charlton) (1992).

Professor Francione is the co-editor (with Professor Gary Steiner) of a series, Critical Perspectives on Animals: Theory, Culture, Science and Law, published by Columbia University Press.

presentation:
The appropriation of "abolition" and "animal rights" by regulationists