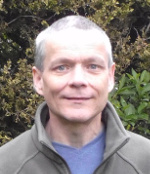 Brendan McNally has been vegan animal rights campaigner for over 30 years. In that time he has been involved in campaigning for animals on many different levels, from vegan outreach and catering, marches, protests and other actions against animal exploitation, animal rescue and rehoming, through to hunt sabotage and other forms of direct action, both lawful and unlawful.

In 1982 he was elected Vice President of the BUAV (British Union for the Abolition of Vivisection), whilst in prison for breaking into a laboratory and taking away rabbits which were due to be used in experiments, as well as damaging the equipment in the building. This was the first of several spells which he has spent in prison over the years as a result of some his actions on behalf of animals. In addition he has been arrested on many occasions whilst taking part in legal protest and campaigns, and has witnessed first hand the harsh repression suffered by the movement in the UK in recent years.

Although many people usually want to hear about what they see as this more interesting side of the movement, Brendan stresses that about 90% of his experience as an activist in the past three decades has been spent on more mundane but equally important activities such as handing out literature and vegan food on street stalls, organising festivals, gatherings and other events, researching subjects or campaigns target, designing leaflets and magazines and other admin jobs, maintaining websites and email lists.

In recent years much of his time has been spent concentrating on building and maintaining networks and links between campaign groups and activists working in different fields, both within the UK and also internationally. He sees the strength of the movement as being a "campaign on a broad front", using a wide array of tactics and strategies, on the one hand to spread compassion and awareness of the animal rights/vegan message, while at the same time attacking and undermining the companies and industries which perpetrate and maintain the exploitation of animals.

presentation:
The internal battle, changing the world by changing ourselves