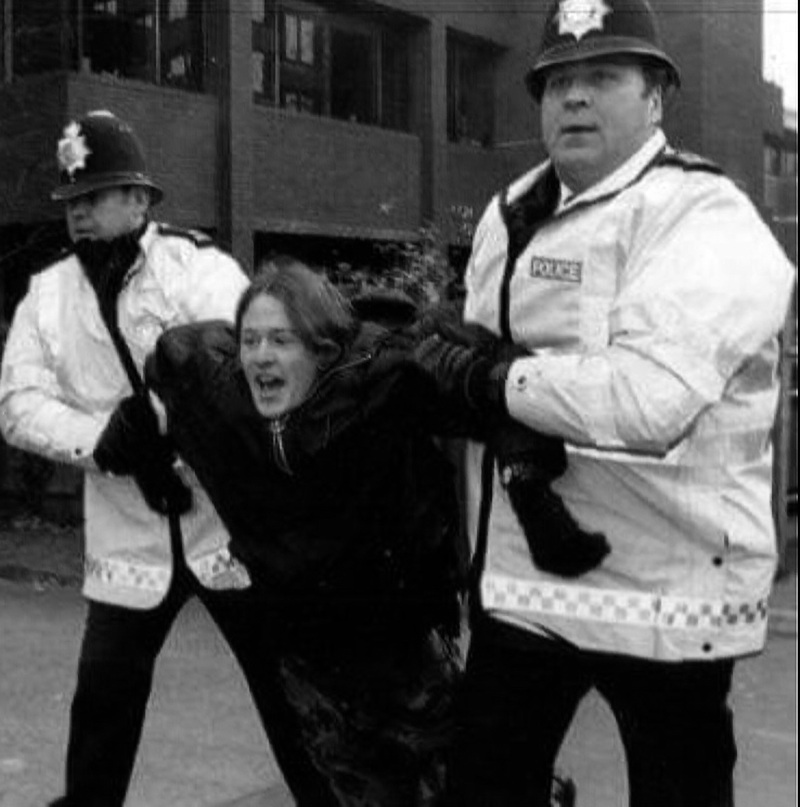 Tom Harris became involved it the animal liberation movement at the age of fifteen, when he attended his first hunt sab. Over the ten years that followed he devoted his life to helping animals and went on to form one of the UK`s most successful regional animal rights organizations, SARC (The Southern Animal Rights Coalition).

Described as "very successful" by Hampshire police, SARC campaigned to completely remove fur and foie gras from several towns and cities. They also forced an end to diving experiments on goats conducted by the Royal Navy, exposed illegal Botox experiments at Wickham Laboratories, emptied and closed an illegal puppy farm and drove the closure of several industrial chicken farms.

He was heavily involved in the SHAC (Stop Huntingdon Animal Cruelty) campaign which aimed to close Europe`s largest animal testing laboratory. He carried out hundreds of protests against the laboratory, including office occupations, lock-ons, run-ins and rooftop banner drops. In 2001 he climbed the razor wire fences of HLS` beagle breeder Interfauna, where he spent two hours blockaded inside with the dogs. He describes it as the most emotionally traumatizing time of his life.

Due to the unprecedented success of the lawful SHAC campaign, the British government feared that it might negatively affect their financial plans. As a result they engineered a conspiracy to silence it, and in May 2007 they arrested over thirty SHAC activists including Tom. As the campaign founders were remanded in prison, Tom took over the running of the campaign, until he was re-arrested on conspiracy charges. Despite not being connected to any specific crime, Tom was sentenced to five years in prison.

Since his release, Tom has become an internationally recognized and award winning artist. He owns and runs a vegan tattoo studio in Bournemouth, UK.