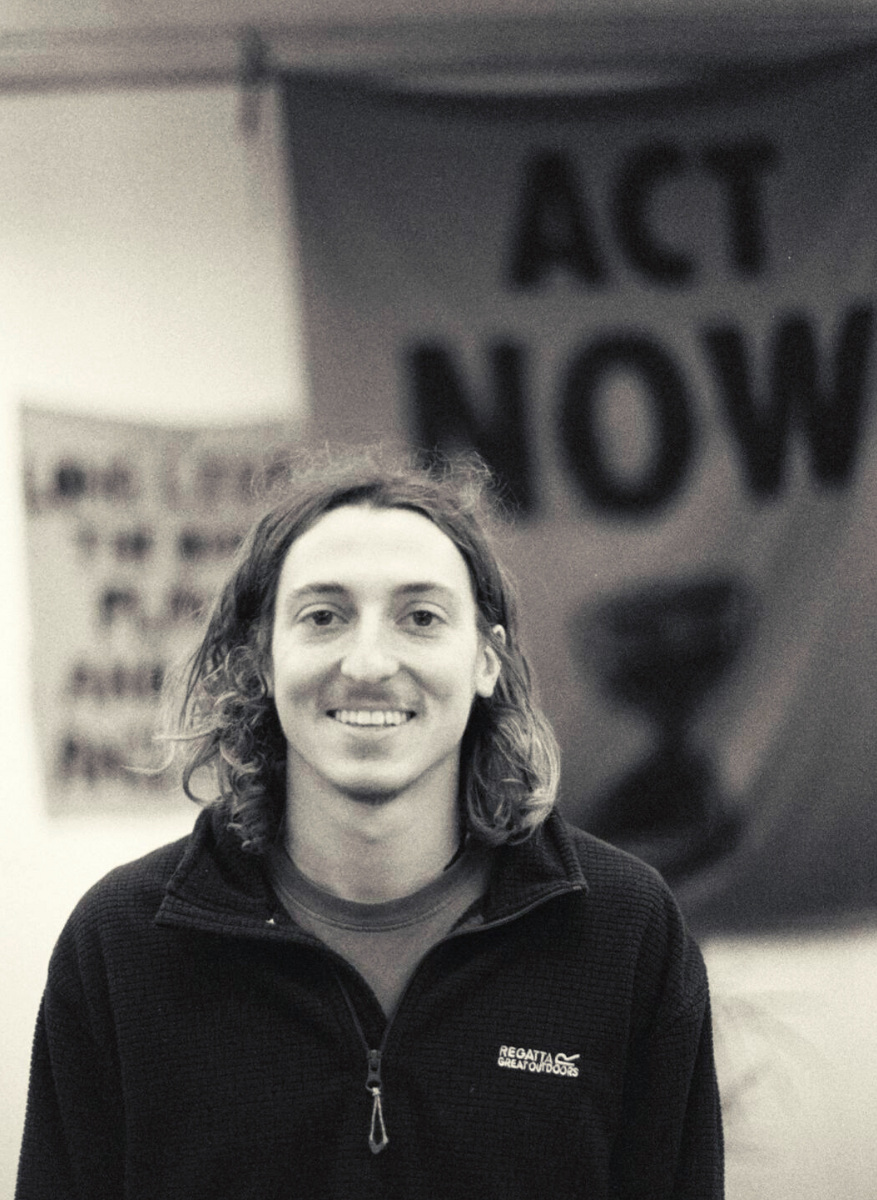 James has been involved in various actions and campaigns through his involvement in Animal Rebellion and Extinction Rebellion UK. From blocking right-wing newspapers in the UK to just recently shutting down McDonald`s (twice), he`s been heavily involved in several very successful and high-profile non-violent direct actions. In addition, he`s played a role in developing broader strategic goals for both Animal Rebellion and Extinction Rebellion UK as they fight to achieve climate and animal justice.