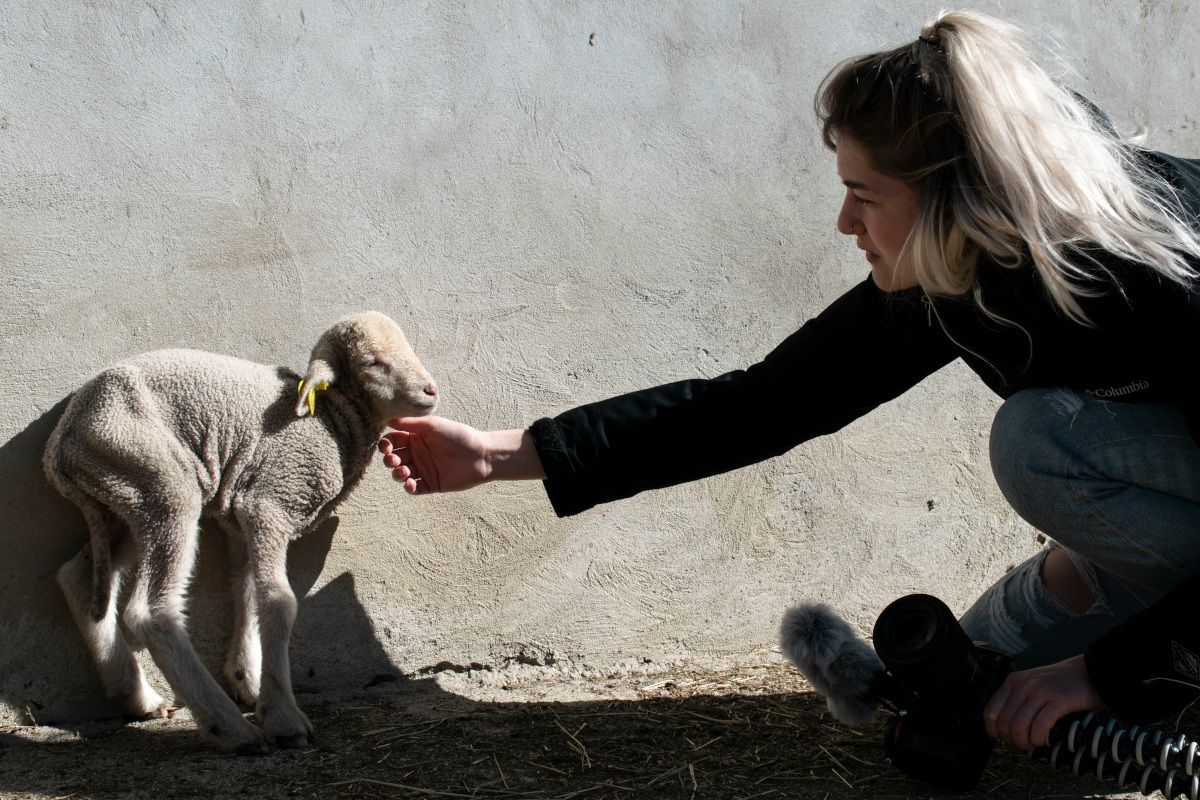 Diana Musca`s passion for filmmaking grew stronger at 13 years old when she received a sony handy Cam from her parents. In 2017 she graduated cum laude at Sint-Lukas University in Brussels, Belgium, and received her diploma in Audiovisual Arts. Her internship in the location department for the production of Brian De Palma`s new feature film "Domino" opened doors to work opportunities such as assisting directors in creating commercials, music clips and tv-series. That same year she adopted a vegan lifestyle and shortly after, a new animal rights activist was born. After collaborating with Anonymous for the Voiceless, The Save Movement, DXE etc. she founded the Ahimsa Official shop on Etsy, which sells handmade 269 ear tag cork jewelry, to raise awareness about the suffering of exploited animals. Wanting to create an even bigger impact, she joined forces in 2018 with Eduard Nistru to create Natura Umana Film, the first Romanian documentary that tackles animal exploitation and its large-scale destructive impact on animals, humans and nature.

movie+discussion:
How we started to film a documentary with only an idea and a few life savings