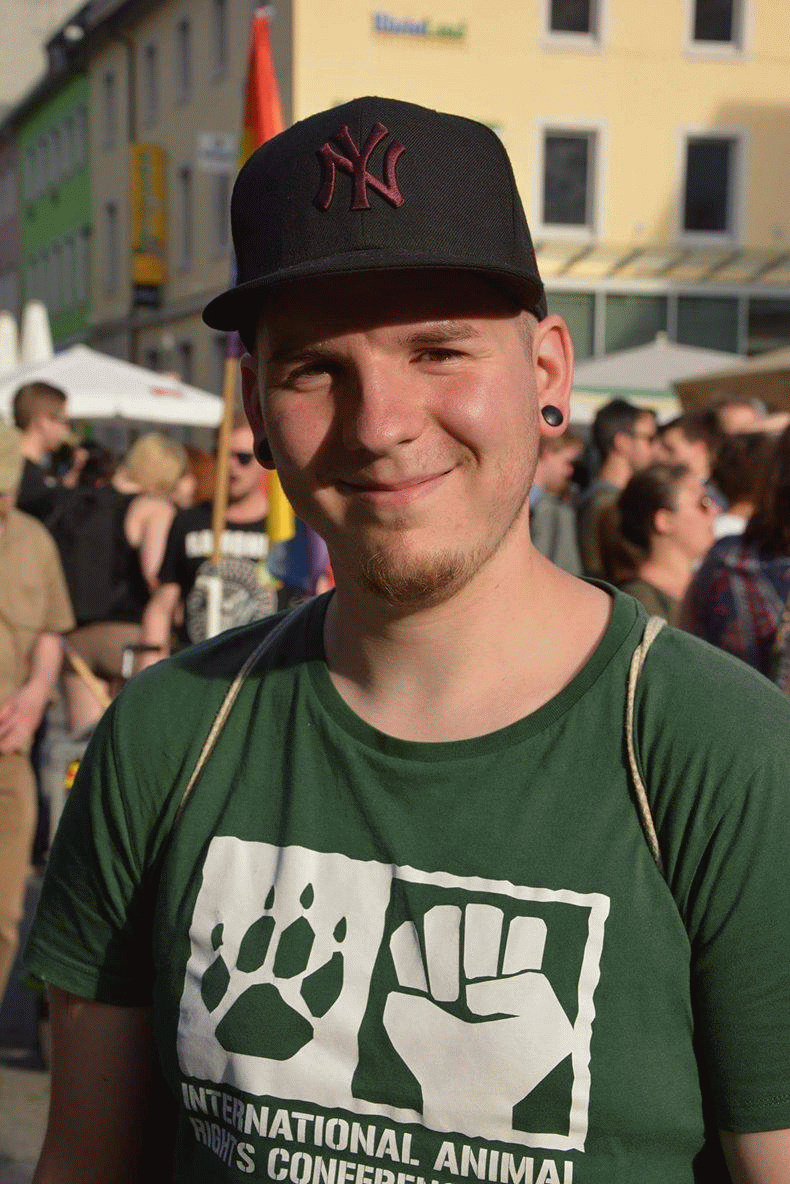 Frank is a vegan animal rights activist currently living in Trier, Germany. He has been part of the movement for just a few years, but since that time activism plays a big role in his life. He already took part in some smaller animal rights projects and is about to set up a new independent animal liberation group for Trier together with other passionate animal liberation activists. Besides that, he tries to connect the animal liberation movement with other social justice movements in an intersectional approach so that they support each other. In the summer of 2016, Frank volunteered at the Vervet Monkey Foundation (a vegan sanctuary in South Africa) for 8 weeks. Then, in March 2017, he did a screening of the brand new award winning documentary "The Vervet Forest" in Trier and talked about his experience as a volunteer. The movie is about the story of 5 orphaned vervet monkeys at the Vervet Monkey Foundation and the fate of the vervet monkeys and their habitat in South Africa. This year at the IARC, he will do another screening and tell us about his experience as a volunteer at the VMF.