This is the page of a previous conference - the current conference page is available here.
view this page via SSL · infos about SSL 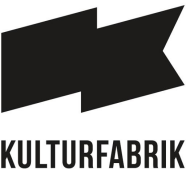 We are fortunate to have found a great location for the conference in 2014. The Centre Culturel Kulturfabrik Esch (Kufa) is located in the city Esch-sur-Alzette, the second largest city in Luxembourg. The address of the Kufa is:

Luxembourg airport (LUX) has good direct connections to most European and some non-European countries. From the airport you can take the bus 9 or bus 16 to the Luxembourg central station which takes about 20 minutes and costs 1.50 EUR. From the Luxembourg central station you can take a train to Esch (see schedule) which takes 23 minutes and costs 2 EUR. See "Arriving by Train" to see how to continue from there.

From the Esch train station it's about a 15 minute (1.2km) walk to the Kufa. When exiting the train station turn right and go on Boulevard John F. Kennedy. This turns into Boulevard Berwart. Stay on this road also when it makes the left turn. This road will turn into Rue de Luxembourg, the road which the Kufa is located on. So basically, as you exit the train station you turn right and just keep on going on the same road, which changes names 2 times.

If you book long in advance, you can typically get quite good train offers at bahn.de. The normal train rates are really expensive though, so cheaper alternatives are typically the busses. Most busses form Germany will only go to "Luxembourg Gare", but from there you can take a train to Esch which takes 23 minutes and costs 2 EUR. Bus connections you can find at meinfernbus.de.

If you have suggestions for travel hints that we can add here, please send us an email at: info@ar-conference.com

note: all information on this web site is subject to change as the conference planning proceeds
IARC 2011 | IARC 2012 | IARC 2013 | Imprint / About